Blog Tour: When We Collide by A. L. Jackson - Review & Giveaway 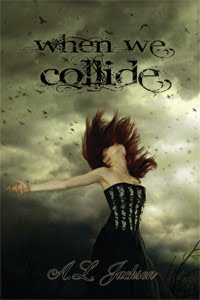 When We Collide
by A.L. Jackson

From the bestselling author of Pulled and Take This Regret comes a gripping new tale of loss and love.

William has spent six years running from his past and the last eight months trying to rid his mind of the dreams that increasingly haunt his nights. Trapped in a world of false ambitions and feigned affections, William knows he’s reached a breaking point and something’s going to give.

Maggie had lived her entire life without hope until one man showed her what it meant to be loved. He’d been her light in a lifetime of darkness. Six years ago, that darkness stole him away. Without him, she’s surrendered herself to an existence she doesn’t know how to escape.

When the family William left behind is struck by tragedy, he is called back to the one place he’s sworn to never return to again.

In a moment that will change his life forever, William comes face to face with the girl who, with one look, captured his heart. He is unable to ignore the buried desires and the hope for the future they’d once believed they’d have.

Now William is ready to fight to take back what had been stolen from him six years before.

But he never imagined what that fight might cost him.

A.L. Jackson gives you an intimate look into the lives of a family bound by an unseen connection in this new contemporary romance.


Wow! I knew from my fellow bloggers and from the snippets and teasers I read while stalking A.L. Jackson in the interwebs that she was an incredibly talented author, but I never imagined that I'd be so touched and captivated by her words! This was such an emotional, beautiful, heart-melting story! And when I think Contemporary Romance (with Thriller and Supernatural twists or not), this is the kind of story that comes to mind. An engrossing story that makes you feel for the characters, sympathize with them, wish them the best and be with them every step of the way on their journey toward happiness! When We Collide was, indeed, mostly a heartbreaking story, but it was also so full of beautiful and uplifting emotions, love and hope for a HEA! It was also very realistic - everything the characters went through could happen to anyone, anytime, and I only wish people would find their way to redemption, forgiveness and healing just like these characters did.

At the beginning of the story, we see Maggie and William years after they broke up, living in different parts of the country and trying to have normal lives. They're not happy, but they do the best they can, given their circumstances. (and yes, two POVs again. I'm addicted to books with in alternative POVs.)

But then tragedy strikes William's family and he has to come back to his hometown, to deal with his family problems and face his past. And when he runs into Maggie, he realizes not only that his love for her is as strong as ever, but also that there might be something much more powerful tying them together.

But William had always made me feel alive, and there was nothing I could do to shield myself from that light now. I felt everything. His anger, my shame, the love for him I’d kept stored up and buried so deep inside—a flicker of his before it had been chased away by his disgust. It all culminated in a searing, scorching burn.

The worst part of it all was that gnawing in the pit of my stomach. It was the same familiar ache I’d tried to bury and stamp out beneath years of work and faked satisfaction, a need that glowed bright, unearthed and exposed. I loved Maggie now as much as I did the day she walked out of my life.

And this time around, he decides to stay and fight for what he lost, to make up for the mistakes of the past and the time he stayed away from the woman he loves. We get to see who they become, when, why and how they changed throughout their time away from each other and after they reunited, and through flash backs of their past together, we relieve their love story and see the unraveling of the events that led to their heartbreaking separation.

Cupping her face, I pulled away and stared down at her. Her eyes were all brown misery and love and shame, and the most wistful of smiles hinted on her swollen lips. Timid fingertips traced my face, as if to remember—to memorize—something to take with her when she walked away. Chills followed in their wake, an aching loss across my skin, torment I didn’t think I’d survive. Her touch spoke of it—of giving in and letting go—but her eyes were so sad, I knew she never would. (*flashback)

I have to say that I was pulled into the story right from the start and I read it in one siting. Everything the characters went through broke my heart and I may or may not have shed a few tears, but I couldn't wait for all the heartache to pass and to get to the happy ending everyone deserved. But this wasn't just a love story, it also has mystery, suspense, a few seriously scary moments and many layers; A.L. touched subjects as abuse, controlling relationships, rape, trauma, jealousy, betrayal, family problems and even death, but the main focus were the love, forgiveness, healing, innocence, warmth and strength that, by the end, gave a positive and inspiring feeling to the story. When the epilogue came, I just wanted to jump around the room and cheer for the main characters, to take them home and hug them. :)

A shiver that rolled through Maggie was palpable even to me. I wound my arms around her and pulled her flush, my palms flat on her stomach.
Cheek to cheek.
Skin to skin.
I burned.
I ran my nose up her jaw and whispered in her ear, “I don’t know how to stop loving you.”

Like I said, everything was very realistic, so it was easy to connect with the characters and to relate to them. They were flawed, confused, insecure and some of their choices were not that great, but they were totally understandable. They gathered strength, courage and hope as the story progressed and they came out the other side of their drama and troubled past if not completely healed, at least with the faith that things would finally work out for them and their family. I would have liked to see more of their happy times together when they were younger, but we got to see how strong and powerful their love was now.

But all this time, I knew him. I knew the kindness and the goodness. None of what I felt was a result of my past or anything I’d been through in my life. I wasn’t clinging to William as a savior or blinded by the circumstances. Underneath all the scars that lined my body and lined my soul, William saw me. And he loved me as much as I loved him.

Every inch of my body bristled in awareness, filled me with a need that was so much more than just latent desire. What was it about her? Yeah, she was gorgeous, undoubtedly someone who would have turned my head had I passed her on the street. But she gripped me deeper than that. Maybe it was who she was, the mystery surrounding this girl’s life, the need I saw on her face. The innate need I felt to protect her. Yet I’d been captured by her before I even knew who she was. Whatever it was that drew me to her, I knew I wanted it all.


Yeah, I knew she was broken, knew no matter where she ended up in life, her past would always be there to haunt her, knew she had so much to overcome. But I also knew, underneath it all, she was strong. I saw it in her eyes and felt it in her spirit. I knew she was kind and good, knew she was beautiful. And I knew I was never going to stop loving her.


William had been perfect, a gift. He’d changed me, deeply and in every way. When he found me, I was scared and insecure, and while those things still remained, they never looked the same. Every part of me had William written on it, the way I thought and what I saw. What I desired and where my dreams laid.

The writing style is absolutely stunning! (As you can see in these quotes.) A. L. Jackson has such an amazing way of describing intense feelings and raw emotions, that you can't not be touched by her words! I was completely captivated by this story and I'm looking forward to reading more of her books! 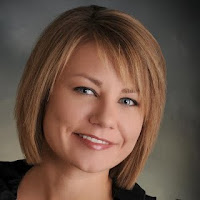 A.L. Jackson first found a love for writing during her days as a young mother and college student. She filled the journals she carried with short stories and poems used as an emotional outlet for the difficulties and joys she found in day-to-day life.

Years later, she shared a short story she’d been working on with her two closest friends and, with their encouragement, this story became her first full length novel. A.L. now spends her days writing in Southern Arizona where she lives with her husband and three beautiful children. Her favorite pastime is spending time with the ones she loves.

*Review copy provided by the RABT and the author in exchange for my honest opinion. Thank you!

Have a fabulous week!