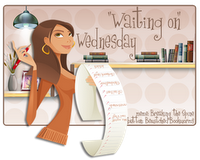 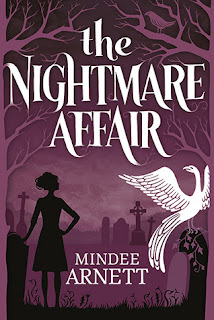 16-year-old Dusty Everhart breaks into houses late at night, but not because she’s a criminal. No, she’s a Nightmare. Literally. Dusty is a magical being who feeds on human dreams.

Being the only Nightmare at Arkwell Academy, a boarding school for magickind, and living in the shadow of her mother’s infamy is hard enough. But when Dusty sneaks into Eli Booker’s house, things get a whole lot more complicated. He’s hot, which means sitting on his chest and invading his dreams couldn’t get much more embarrassing. But it does. Eli is dreaming of a murder. The setting is Arkwell.

And then it comes true.

Now the Dusty has to follow the clues—both within Eli’s dreams and out of them—to stop the killer before more people turn up dead. And before the killer learns what she’s up to and marks her as the next target.

Ok, I'll admit that this book pretty much had me at the title. And then the plot... Wow, it sounds so wicked, fun and deliciously creepy! And very original - I mean, how often do we meet a main character who is a Nightmare, of all things? (um, there might be Nightmare from LOTU, but other than that...). Add to that a boarding school for magickind (I'm a sucker for books with boarding schools and kids with special supernatural powers!), murder, mystery and hot boys? Yes, please! This book can't come out soon enough!

So, what are you waiting on this week?